Are you someone who spends a lot of time playing games on your Android smartphone and loathe using the touchscreen for the controls?

While it’s been a little difficult to get your hands on phone gaming controllers from the likes of Moga and Phonejoy, Indian accessories maker Amkette also introduced its Evo Gamepad controller at Rs 2,799.

While the design of the controller is largely inspired by the Moga Pro as well as from the controller that comes with XBox 360, Amkette has taken care of ergonomics and the Evo Gamepad offers good grip.

At the right side of the controller, you’ll see four buttons, a Start button, and an analog stick. On the other side, you’ll find a D-pad and another analog stick in addition to the Home and Back keys that aid in navigation when not playing games. Both of the sides also feature shoulder and trigger buttons at the back. The foldable clamp for attaching smartphones with up to 5.5-inches screens, is right at the middle. Flip it out and you’ll see indicator lights, a micro-USB port for charging and a power switch. The clamp can be adjusted to fit phones with different width but we felt it was slightly clumsy and could get lose with use. A kickstand is also supplied with the controller for gaming on Android phablets and tablets though we found it to be slightly rickety. 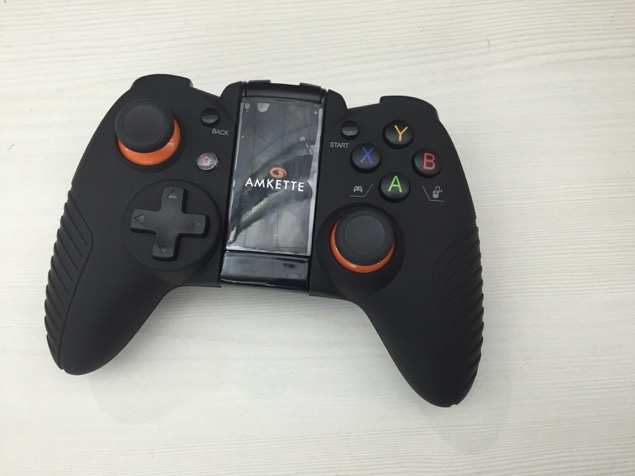 The buttons work well though these feel slightly plasticky. Overall, the controller is comfortable to use and you won’t get sore hands even after hours of playing games with the controller.
Pairing the controller via Bluetooth is also simple though you’ll need to download a special app and enter a code that comes with the controller’s box. It then displays a list of compatible games. The controller supports a number of popular titles including Asphalt 8, Riptide GP 2 and Modern Combat 5. You may need to manually select the controller input through the game’s settings. 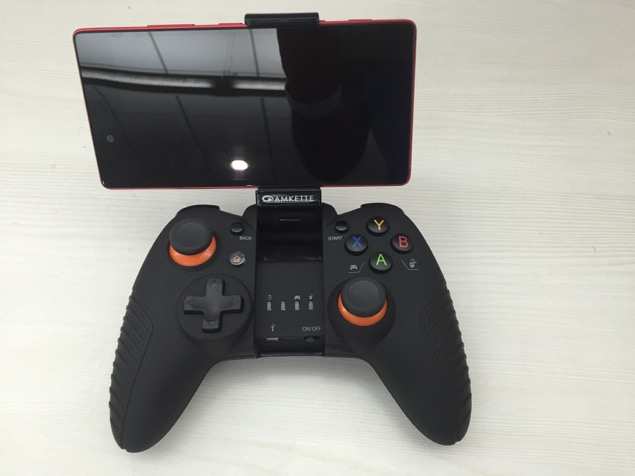 You can also use the controller with phones connected to a TV for a big screen, console-like gaming experience. It even lets you navigate the user interface in the mouse mode.

We got almost 5-6 days of usage on full charge playing 1-2 hours of games each day. Since the controller. 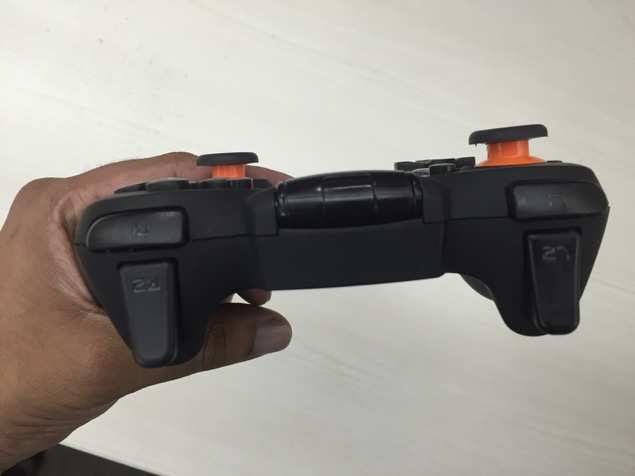 The Amkette Evo Gamepad Evo is a decent game controller for Android phones if you (or your kid) spend a lot of time gaming on the device and want better control instead of using the touch panel.