Gone are the days when TVs were just used to watch the channels your cable network provider threw at you. Modern day TVs are smart pieces of technology that can hook up to the internet, stream movies and TV shows, browse the web and do a lot more. They even come with their own operating systems. But what if you want to turn your regular LED TV into smartTV?

This is where the streaming media players like the Amkette EvoTV 2 can help. Coming from the Indian electronics manufacturer, the Android powered EvoTV 2 claims to be ‘the ultimate entertainment box’. But at Rs 6,499, is it really capable of putting the ‘smarts’ in your TV? Read through our detailed review of the Amkette EvoTV 2, and find out yourself.

Amkette EvoTV 2 is meant to enhance the capabilities of your existing TV, not replace it altogether. For most of the time, it’s going to sit on a table beside your TV. Probably, this is the reason it comes with a rather simple and functional ‘box-like’ design.
EvoTV 2 has a range of connection ports and slots, all arranged on two of its four lateral faces. The ports on one of lateral faces are — USB (1), SPDIF (1), AV (1), HDMI (1), Ethernet (1) and 5V power (1). 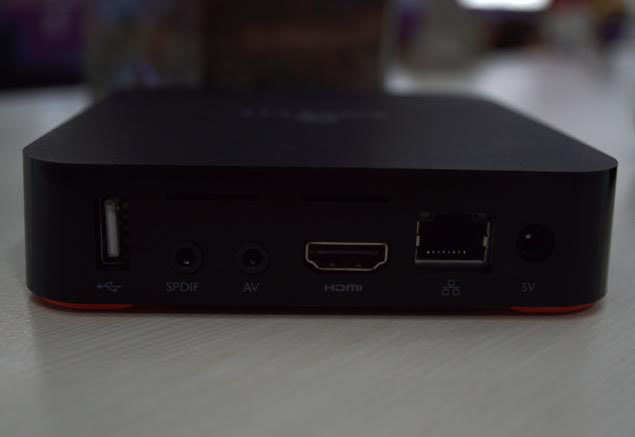 On the other hand, the second lateral face has the following ports and slots – SD/MMC card (1) and USB (3). The front lateral face houses a notification LED and IR sensor for the remote control. The lateral faces of the streaming media player have a glossy finish, whereas the top and bottom faces are matte finished. 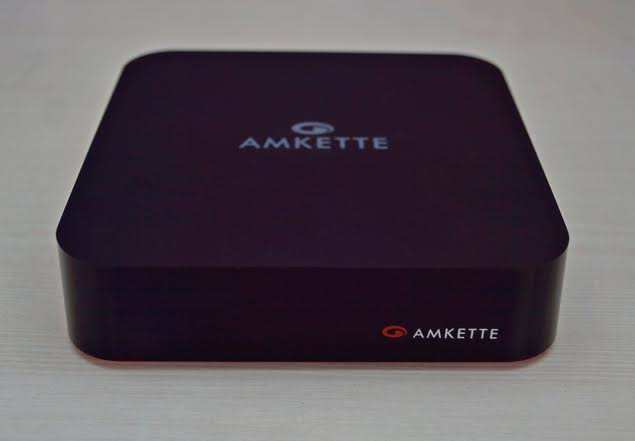 In a nutshell, the build quality of the Amkette EvoTV 2 is appreciably good but nothing out of the ordinary. As for the remote control, it’s extremely lightweight (even with the batteries put in) and feels as if made of cheap quality plastic. Though for the price, we’re not complaining. 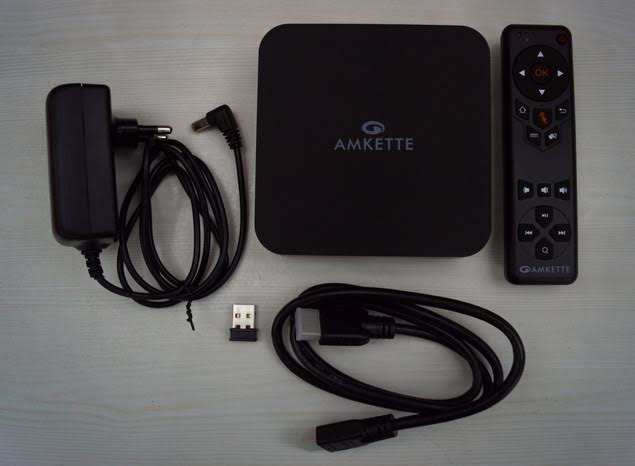 Amkette’s streaming media player includes just about everything you need to get started, and that’s certainly a good thing in our books.
Setup, pre-installed apps and performance

Getting Amkette EvoTV 2 up and running is a fairly easy task. Simply connect the streaming media player to your TV via the included HDMI cable, hook up the EvoTV 2 to a power outlet and turn both your TV and EvoTV 2 on.

Next, select HDMI as the source on the TV (if it’s not already selected) and the initial set up screen should come up on the TV. At this point, you can choose to connect the EvoTV 2 to the internet either via Wi-Fi or using an Ethernet cable.

Once network connectivity has been established, you can (optionally) sign-in to your Google account to have all your settings synced to the cloud. Amkette EvoTV 2 runs an optimized build of Android 4.4 KitKat, so you have access to an entire range of Android apps from the Google Play Store. 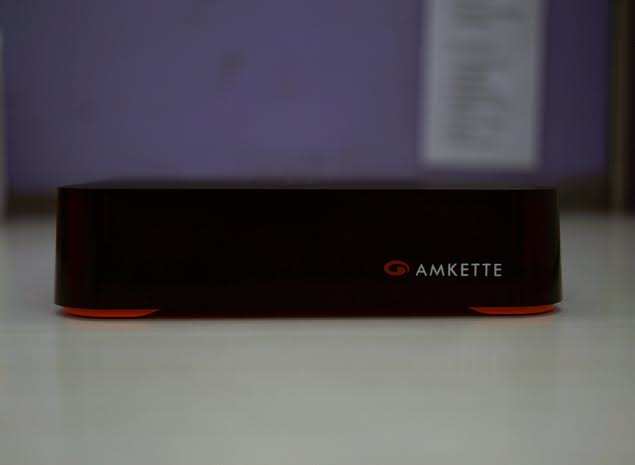 We tried using Google Chrome , Gmail and a host of other apps, and all of them worked well.

Speaking of apps, the EvoTV 2 comes with a wide range of pre-installed apps, including Google Chrome, ES File Explorer and YouTube. There are also numerous streaming apps pre-loaded, such as Netflix, Hotstar and Saavn. Obviously, to enjoy streaming content from majority of these apps, you’ll need to have a subscription with them.
Thanks to USB connectivity, Amkette EvoTV 2 can also play locally stored media on flash drives and hard disks. During our testing, this feature worked extremely well and we were able to play/view majority of the images/audios/videos without any problems at all. The device’s HD decoder handled all popular video formats easily, including MP4 and MKV, even at Full HD resolution. 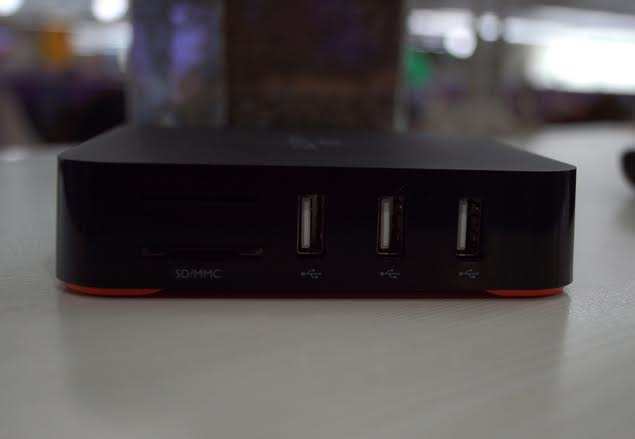 Amkette EvoTV 2 is powered by a 1.6GHz Cortex A5+Mali 450 ARM processor paired with 1GB of RAM and 8GB internal memory. During our time spent reviewing the streaming media player, the unit worked without any issues. Appsopened up quickly and scaled up to the TV’s display really well.

The EvoTV 2 can wirelessly stream content (through Miracast) from your smartphone/laptop to the TV and vice-versa. And even though the setup for the same is fairly simple (thanks to the included setup guide), we couldn’t test out the feature due to network restrictions. As for the wireless air remote, its dual-mode functionality comes in really handy while using the media player. The remote lets you access, play and control your media library by simply flicking the wrist. Other than this, it also comes with regular navigation keys and multimedia control shortcut keys. All of the remote functions worked as expected.

Verdict
Amkette EvoTV 2 presents a simple and effective way of converting a regular HDMI capable TV to a smart TV. It is a bit tricky to set up (if you’re unfamiliar with the concept of streaming media players) and uses a dated version of Android. However, things are generally smooth once it gets up and running.

That said, it’s no Roku or Apple TV. But at a price of Rs 6,499, the Amkette EvoTV 2 is a value-for-money purchase for anyone looking forward to buying a streaming media player. And if you’re seeking alternatives, the recently-launchedChromecast 2 is a decent choice as well.